Silicon Beach is a relatively recent phenomenon, dating back maybe only as far as late 2011, which is the first significant mention I found by the LA Times (Dot-coms want the beach in their address).

There was definitely no Silicon Beach when I was a digital tech entrepreneur in the early 2000’s. I remember how isolated it felt to be a tech company in LA and trekking down to Orange County to talk money because that was where the bio-tech guys hung out.

Needless to say, we didn’t get much traction with that crowd. Silicon Valley seemed a long way away and not particularly relevant to real estate on the web.

Fast forward to today and LA is home to thousands of start-ups, incubators, accelerators and venture capital funds, as can be readily seen on the RepresentLA map. At least one report lists Silicon Beach as the world’s third largest tech hub, behind Silicon Valley and Tel Aviv. As of today, the AngelList startup community reports that LA boasts 4804 startup companies with 13,542 investors, an average valuation of $4.2M and salaries averaging $85K.

Some of the more notable start-ups spawned at the beach include Snapchat, TrueCar, Whisper, ZipRecruiter, BeachMint, The Honest Company, Dogvacay, Realty Mogul and Nimble (a personal fave of mine).

Additionally, some very well-established names in the digital tech space have joined us from other cities, including Google (planting an early flag in Santa Monica/Venice and more recently making a splash in Playa Vista), Facebook, Microsoft, Twitter and Hulu, to name a few.

Great weather, surfing, beach sports, lifestyle, “affordable” real estate and proximity to the entertainment industry are major drivers in LA’s – and specifically Silicon Beach’s – growth over Silicon Valley and other tech hubs. And it doesn’t hurt that we have our finger on the pulse of “hip” and “cool.”

Additionally, it’s significant that we have top schools nearby in the form of USC, UCLA and Caltech, which collectively churn out more engineering talent annually than Stanford and Berkeley do for Silicon Valley.

And then there are the money people. Why would the VC’s and angels want to live anyplace else? Any way you look at it, LA and Silicon Beach are a classic example of stars (sometimes literally) lining up.

While it’s true that Santa Monica has been attracting creative tech talent and its supporting players for a number of years (think “Yahoo Center” and “Water Garden”), it’s only been recently that the moniker “Silicon Beach” has really taken off and created a hub and sense of community for Digital LA.

With that focus on a small geo area of LA comes pressure on real estate values. LA is still cheaper than San Francisco and most of Silicon Valley, but we’re trending in the uber expensive direction. Santa Monica led the way, followed by Venice, Marina del Rey, Playa Vista and Westchester. El Segundo is ramping up and bringing lots of less expensive creative space online. Housing pressures in that area will surely follow, as well.

Anyway you look at it, Silicon Beach and its adjacent communities are a pricey proposition by LA standards, but that doesn’t mean there is no hope of finding yourself a piece of sand to call home. Contact me and tap my expertise and laser focus to help you come up with a strategy that makes sense for you. I’m ready to help you buy, lease or sell real estate in and around Silicon Beach. I understand the path of progress and can help you get in front of it, if you want property that is more affordable and will appreciate.

I also closely watch and help clients with buying and selling multi-family properties in LA. Ping me now with questions.

Here you go. Now everybody will know why I’ve been so bullish on Venice and Westchester. And don’t even get me started on Playa Vista with all the recent business announcements coming out of that community. 😉

Below are graphs showing the median real estate price for each Silicon Beach community. Prices are 90 day averages. Contact me for more detailed explanations and/or to discuss whether it’s the right time for you to buy or sell given your personal situation and goals.

Please note that as you compare the graphs, the price measurements on the y axis vary.

For a deeper dive into the stats, check this page.

Are you a DIY Playa Vista house hunter? Are you headed out today to tour the open houses today in Playa Vista 90094? 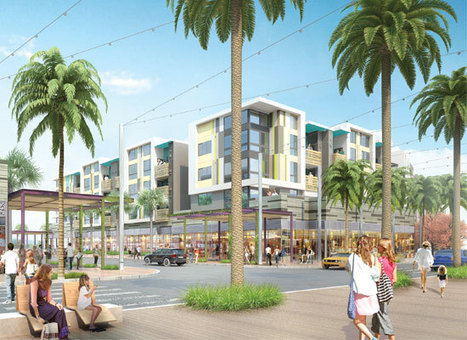 Playa Vista real estate will never be the same after the launch of Phase II.

Playa Vista, by the numbers: